Veretta’s experience as a fashion designer and manufacturer allows her to visualize not only what something “is” but also what that object can “become.” She possesses the ability to create a piece of art that is both beautiful and functional.

Veretta is currently a resident Artist River Oaks Square Arts Center in Alexandria, Louisiana. Creating her works of art best explained as mixed-media/collages of both traditional, dimensional and textural items.

"Immediately, I recognized Veretta's collages would be a hit. Then, upon delivery of the product, one of her originals was scooped up by a buyer as I was in the process of logging them into our inventory. That's a HUGE indicator!"

"She is such a unique and innovative, big picture thinker. I look at her work and I see rhythm, soul and spirit jumping off the canvas. There's no way anyone else on earth could have created them."

"A fierce and gutsy woman who buckled the odds during especially trying times. I feel honored that she's allowed me to help tell her story."

"Veretta is simply, an amazing individual. Few people ever discover within themselves the internal drive and motivation that Veretta taps into again, and again. The string of success stories that make up her past is a testament to this very fact. I consider it an honor to walk though life as her friend."

Fashion designer, entrepreneur, corporate trainer, stroke survivor, Senior Olympian, and artist, VeRetta Garrison-Moller thinks she can do anything – and from the looks of it, she can.

Garrison-Moller, moved to Alexandria, Louisiana with a comet-tail of life stories trailing behind. The Ohio native-turned-New Yorker has had a series of successful careers that include founding a renowned high-end boutique, designing her own clothing lines, and advising national corporations on diversity and intercultural communication.

Even a massive stroke a decade ago didn’t deter her. Against the odds, she recovered and became so physically fit she won the silver medal in race walking at the 2006 Louisiana Senior Olympics, qualifying for and competing in the national event in 2007 in Louisville, Kentucky.

Besides sprinting, her latest projects are two fold: spending time with family, including husband Clifford Moller, and son Jeffrey Garrison, a orthopedic surgeon in Alexandria, Louisiana. Garrison lured his mother to Cenla from her home in Connecticut after he and his wife had their first child.

Her current obsession is art. Once an award winning collage artist, Garrison-Moller is now focused on a body of work she hopes to sell through upscale catalogs, galleries and hospitality décor. Her studio is filled with fabrics, gem stones, found objects, the latest acrylic mediums and even color compositions that are both whimsical and accessible to the viewer. You want to touch them. “Texture is everything for me," she says, “sometimes more  than color.”

She chuckles at the idea that there’s something philosophically significant behind her work. “Philosophical? Please!” Then there’s that laugh again. But there are threads of Garrison-Moller’s impressive, adventurous past in each of her pieces.

“They’re very unique,” says River Oaks artist-in-residence Barry Owen. “She’s doing great work, and I think a lot of it is influenced by her fashion background.” Garrison-Moller has always loved clothing, and from an early age, her parents, Lurtissia and the late Virgil E. Brown, Sr., gave her the freedom to shop on her own at Halle Brothers Department Store in her hometown of Cleveland, Ohio.

In the early seventies, while living in Rochester, New York with her husband and three young sons, she wanted to make some extra Christmas money. “I figured I’d sell clothes,” she recalls. “So I convinced two other friends that we should all invest $335 each, buy clothes direct from design houses in New York and sell them from my basement. I didn’t have a clue what I was a doing.”

The basement emporium caught on, and by enrolling the wives of the property owners’ association in a fashion show, she simultaneously beefed up sales and ensured the neighbors wouldn’t complain. Within a year, she bought out her partners, and in 1973, owned VeRetta’s, a boutique once singled out by USA Today as a Rochester must-see. She developed a reputation for carrying emerging styles. “I was the first to carry Hugo Boss,” she says. “I just always had a knack for predicting what would be popular.”

In 1988, after her sons had all graduated from high school and gone to college, Garrison-Moller decided it was time for something new. She moved to New York City. “People would ask me what I was going to do, and I’d say, ’I have no idea.’” As usual, something fell into her lap. She met one of the early creators of plus-size clothing, and was hired to run the new line’s production. “I didn’t know a thing about it,” she recalls, “but I watched and learned.” She recruited designers to teach her to draw, learned to translate ideas onto paper, pored over sales figures, studied efficiency, and mastered manufacturing.

When her own designs started bubbling up, she went out on her own. One idea kept gnawing at her – embellished denim jackets. “Different from the Western look,” she says. “Something fancier, but that you could wear with anything.” She crafted a few prototypes by hand and showed them at an annual merchandise mart in Manhattan. A producer for hit singer Debbie Gibson wanted the teen star to wear one in a music video shoot, so she placed an order. With that as bragging rights, Garrison-Moller sold 10 dozen to a national department store the same day. “Then I had to figure out how to get them made,” she chuckles.

She did, and once again, her speculative sense paid off. Bejeweled denim exploded in the late eighties, and gave Garrison-Moller’s first label “VeRetta” traction. Soon, she was making brocaded bolero jackets and gussied-up sportswear and selling them to Bloomingdale’s, Nordstrom, and Neiman-Marcus. Her calling Card was embellished casual. “I’ve always been an embellisher,” she says. “Stand too close to me and I might glue something on you.” With two more lines of clothing and strong national sales, Garrison-Moller was awarded the contract to create the official Nelson Mandela t-shirt for his US tour in 1990. Business was solid.

But she began to tire of the long hours, and when her father suggested she should go into corporate consulting, Garrison-Moller considered it. He had watched her successfully manage a staff of nearly 20, each of whom hailed from a different country. “He told me about a new trend in business – diversity consulting. I had no idea what that was, but apparently I’d been doing it,” she says. Almost instantly, Garrison-Moller landed consulting jobs, both among other clothiers and from business leaders who needed help with intercultural relations. She recruited a partner and planned a nationwide launch.

Then, while leaving a football game at Yale University, where her son Jeffrey was in his orthopedic residency program, Garrison-Moller was blindsided by the unthinkable. She had a massive stroke. Jeffrey read the signs, and with an ambulance idling in the stadium parking lot yards away, Garrison-Moller was immediately rushed to the hospital. The situation was grave. Garrison-Moller had experienced a deadly hemorrhagic stroke and would be in a coma for the next two weeks. True to form, though, she sliced through whatever fear and anxiety lurked in the brain and eventually regained consciousness. She had lost her ability to walk and talk, but not her determination. “I was just ornery,” she said. “I went into four months of therapy on a gurney, and came out walking.”

Today, it’s hard to imagine. Garrison-Moller looks so good she was recently profiled in the book, Jewels: 50 Phenomenal Black Woman Over 50, by photographer Michael Cunningham and writer Connie Briscoe, which features famous and everyday women whose looks defy their ages. Garrison-Moller has also been a national spokesperson for the Glaxo SmithKline supplement Oscal. “She is such a unique and innovative, big-picture thinker,” says Patrick Moore, managing principle of the Moore Planning Group in Alexandria and a collector of Garrison-Moller’s collages. “I look at her work and I see rhythm, soul and spirit jumping off the canvas. There’s no way anyone else on earth could have created them.”

To Garrison-Moller, art is just another fresh hurdle to stretch out and leap over. Everyone, she believes, ought to employ the same philosophy. “C’mon. The worst thing that can happen is that you fail. Only two things should stop you from trying, that you might die, or that you’ll go to jail. This is America. There’s no better place to mess up.” 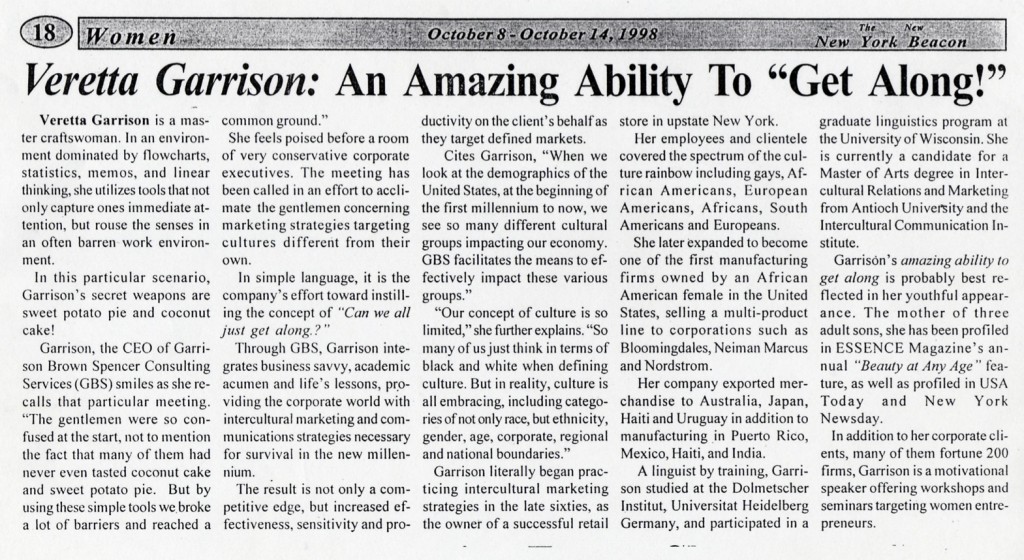 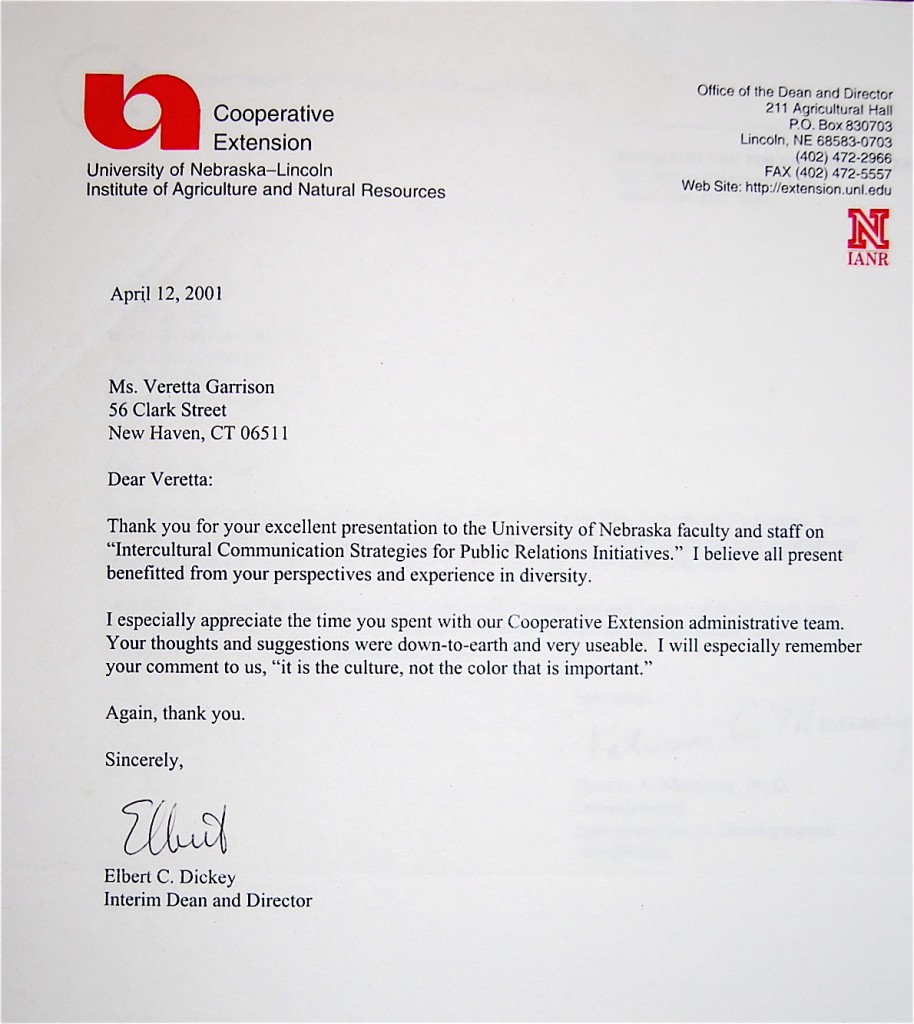 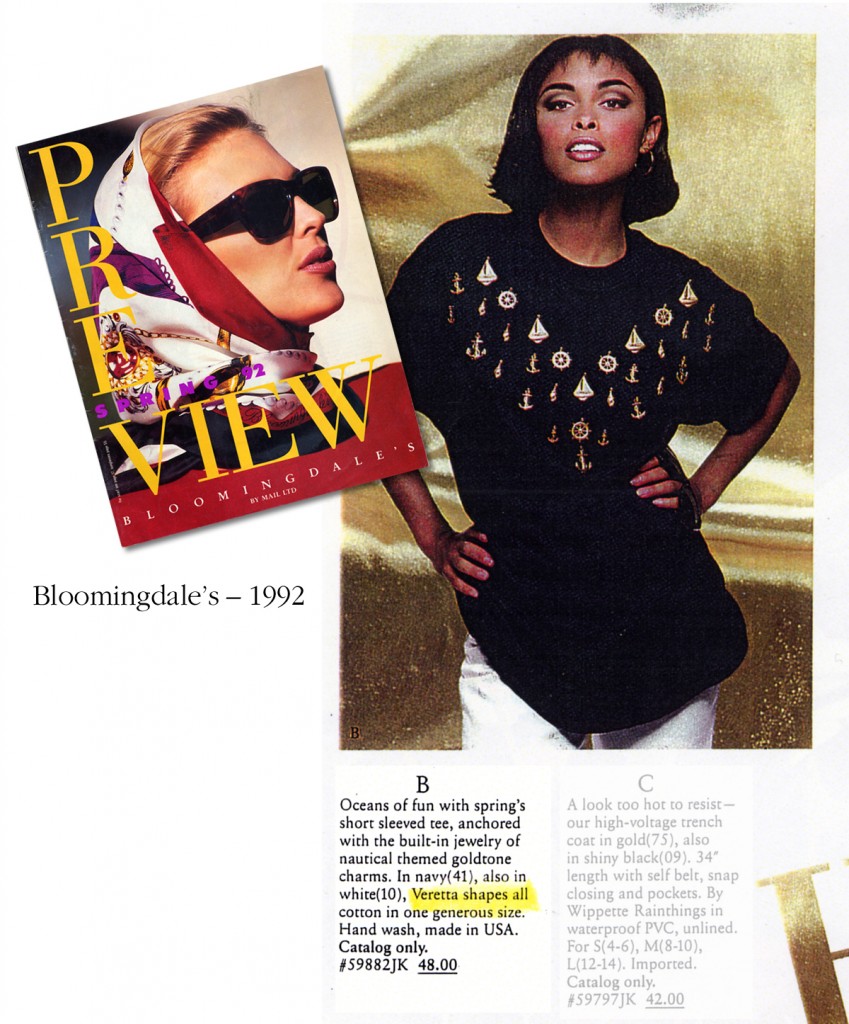 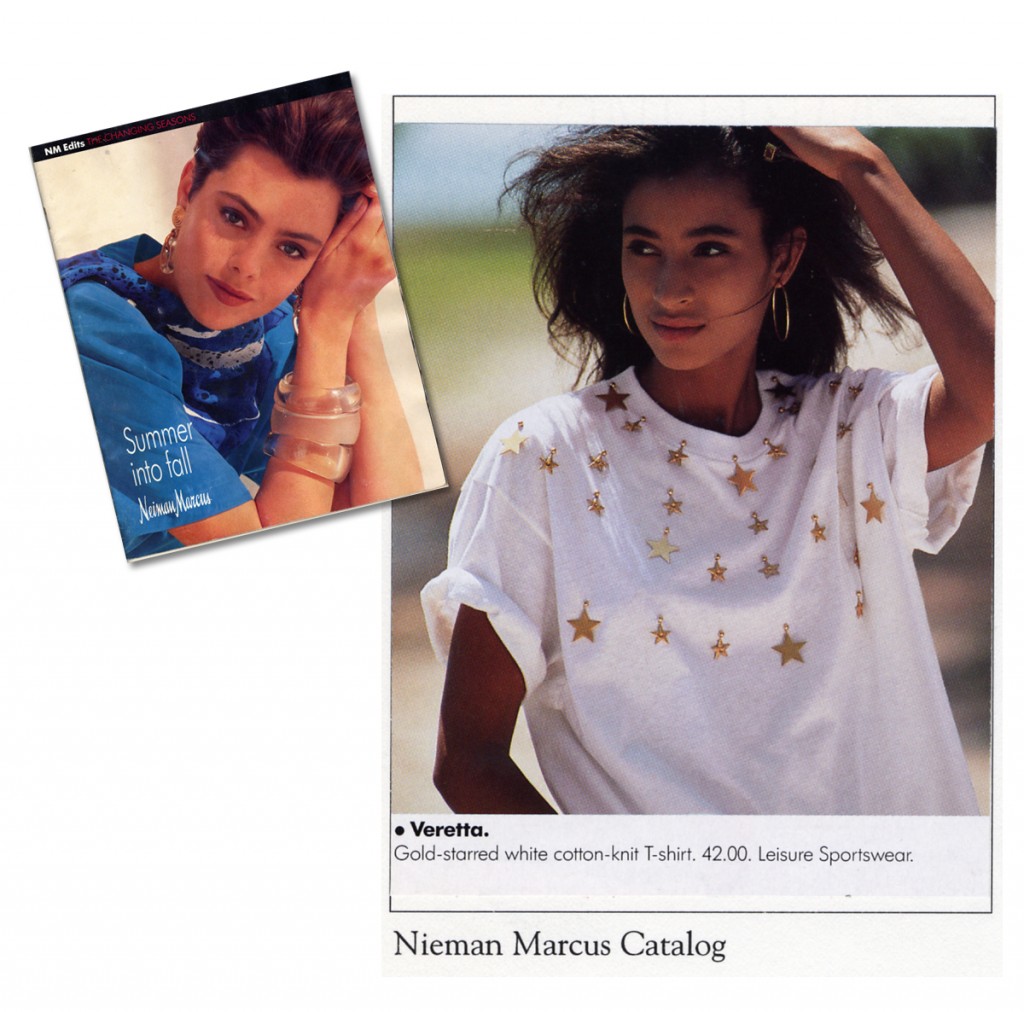 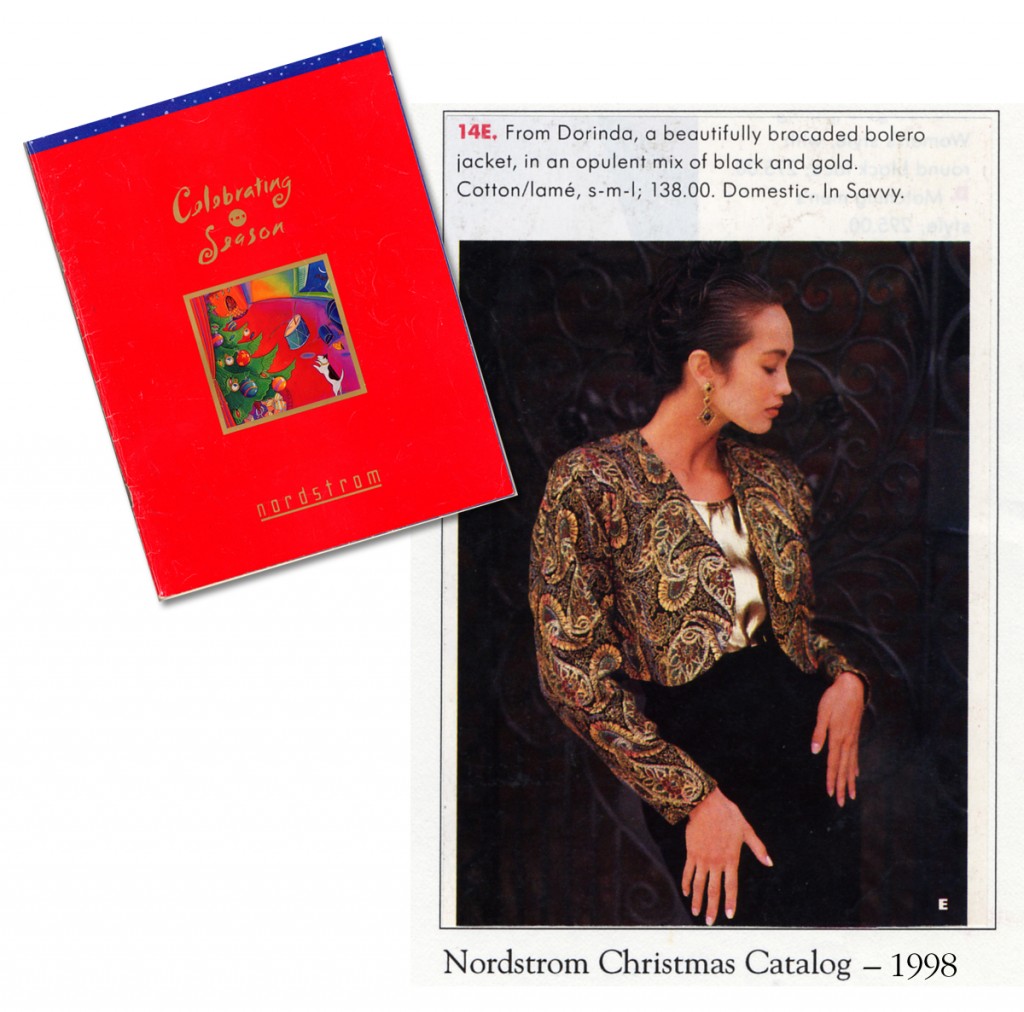 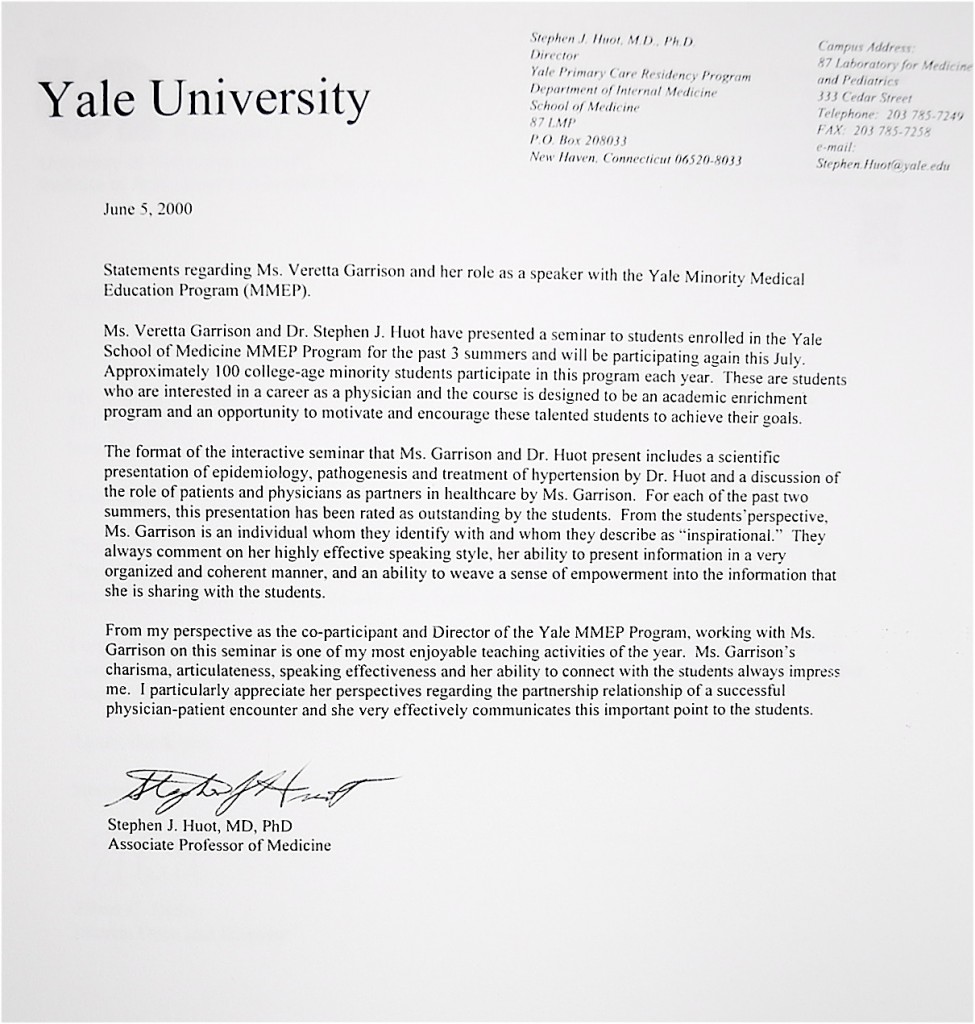 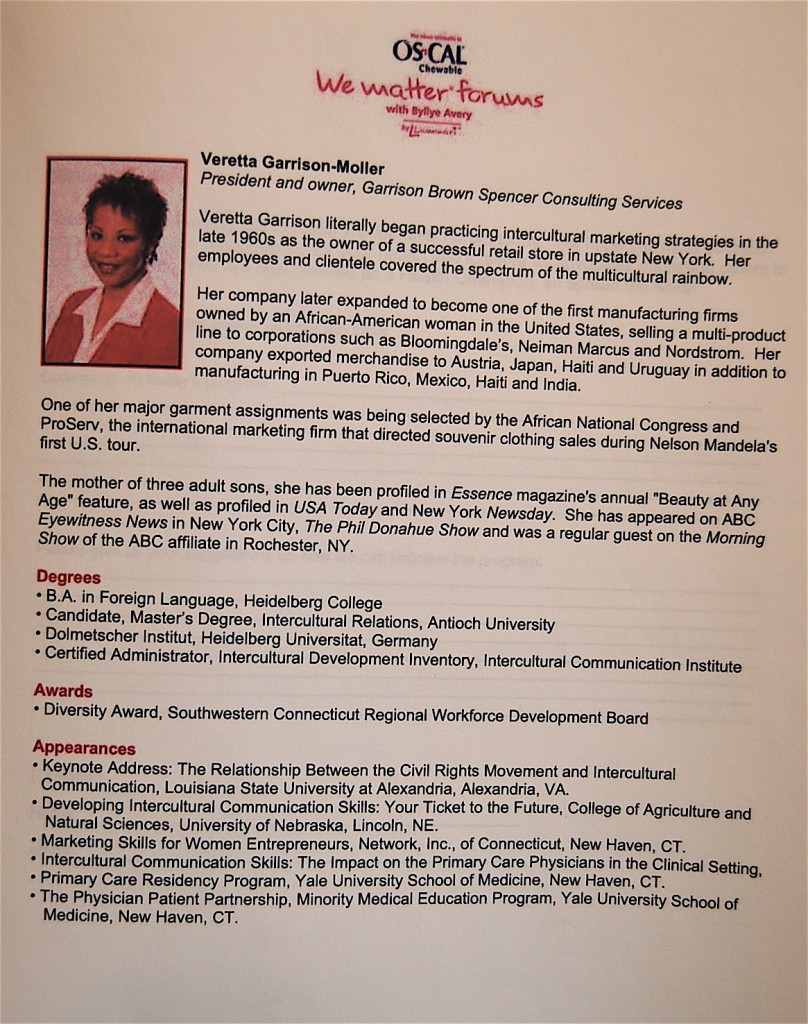 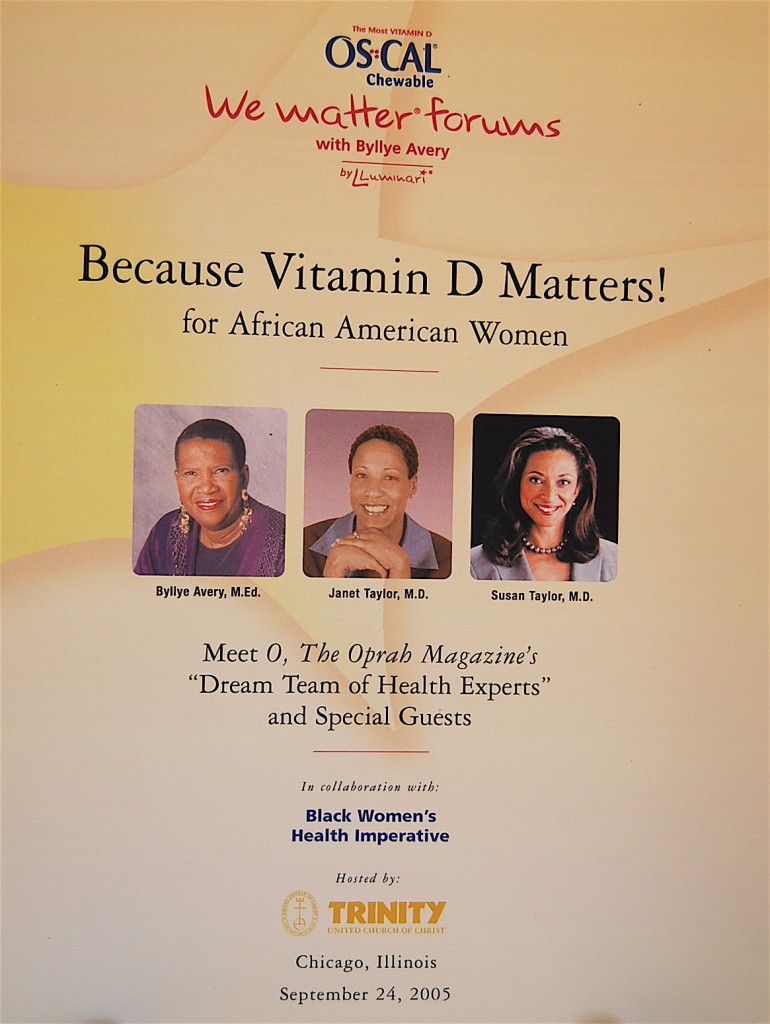 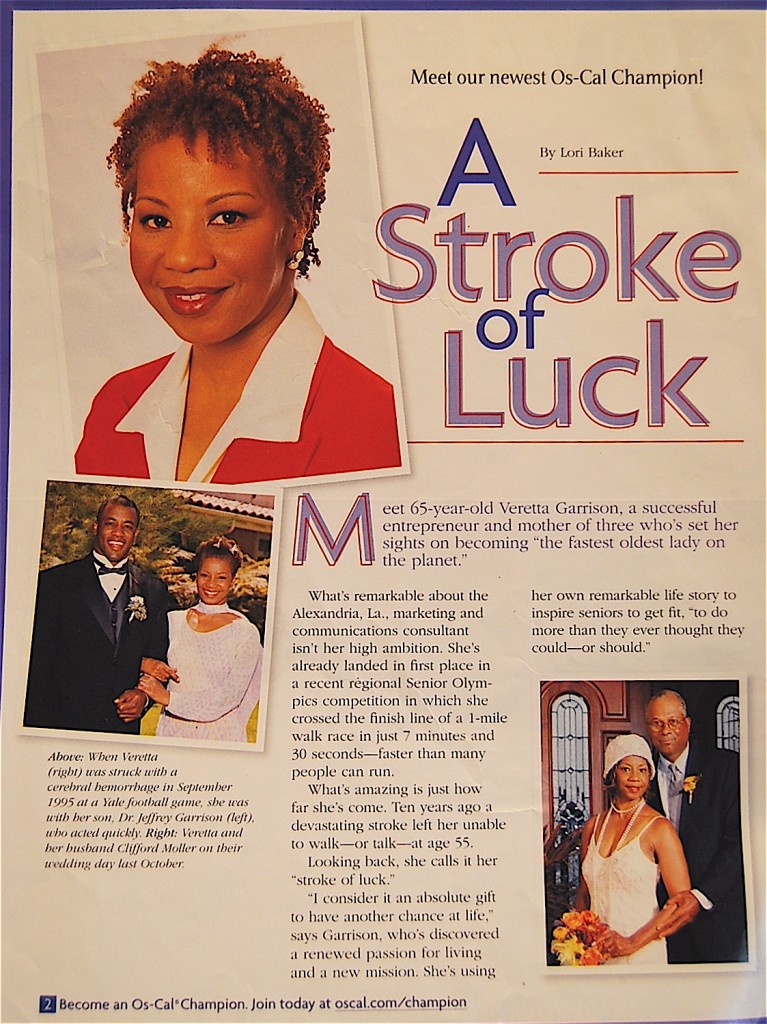 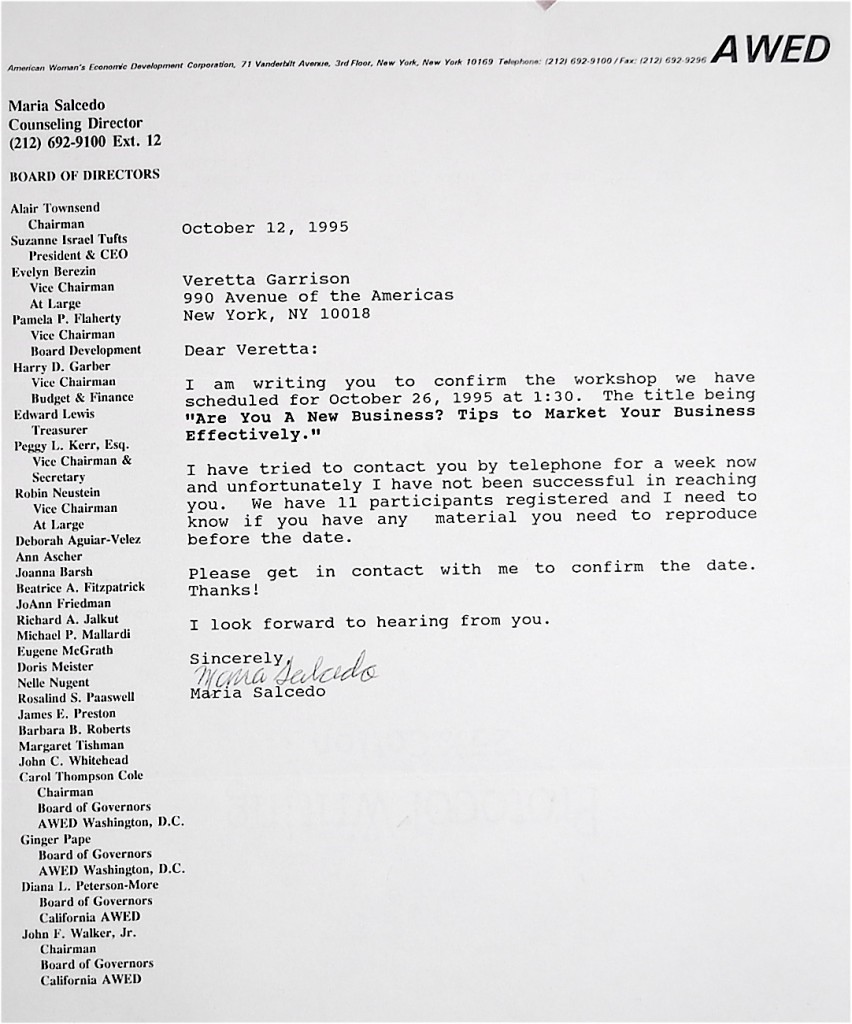 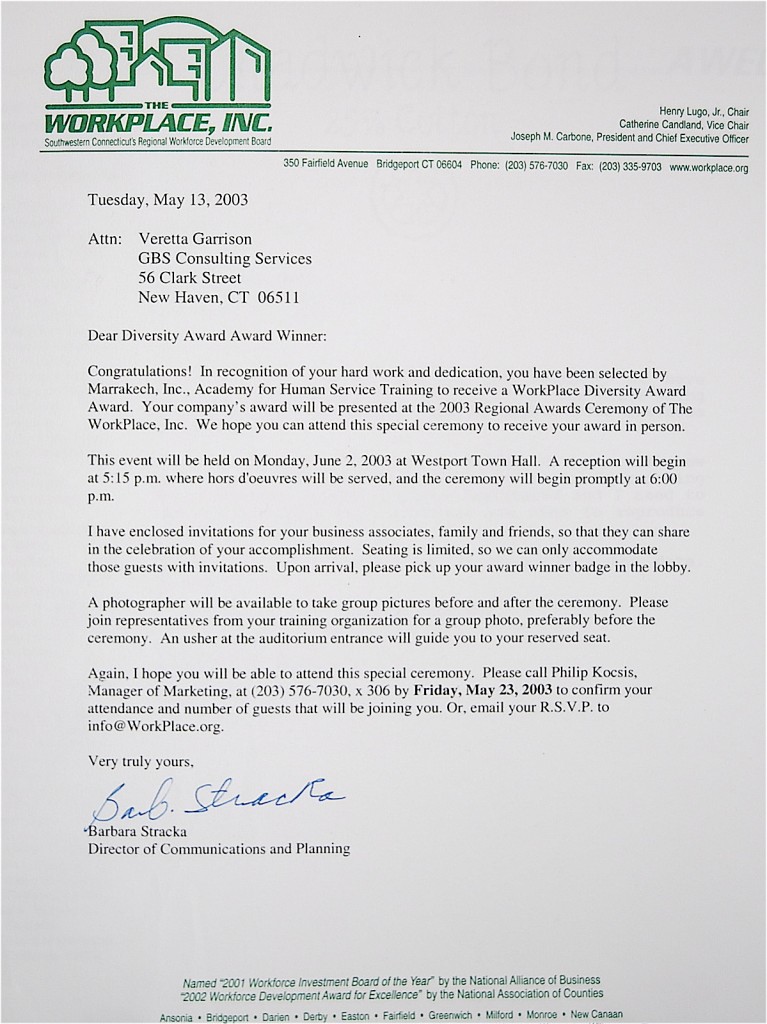 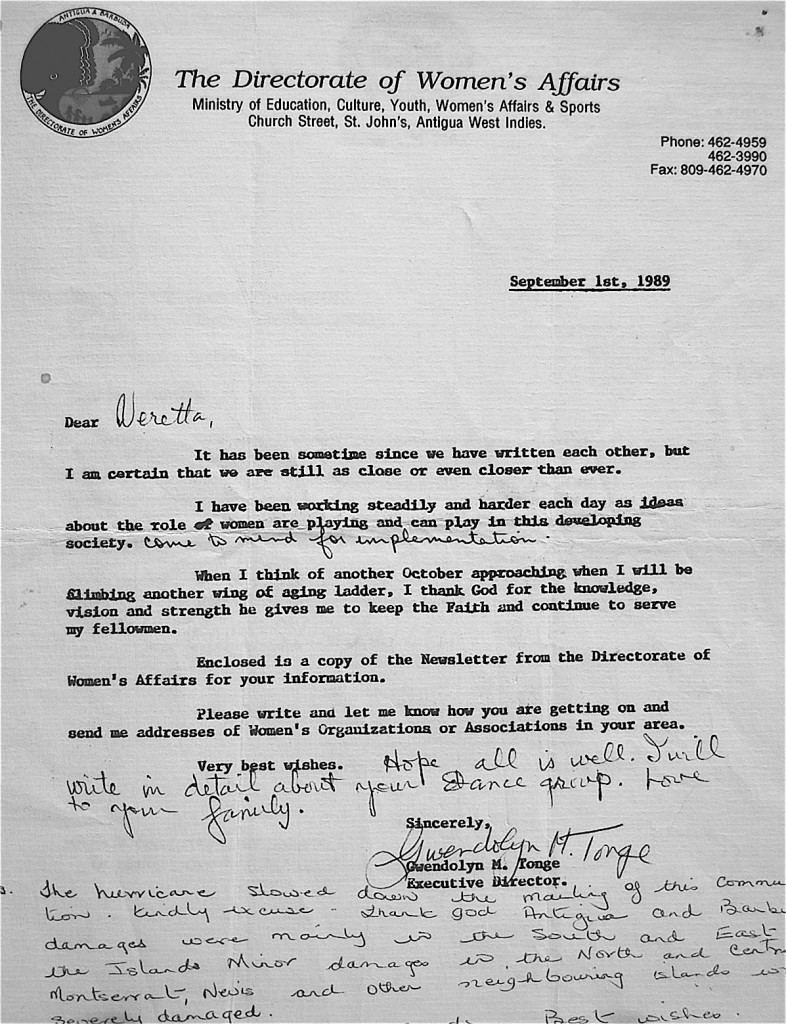 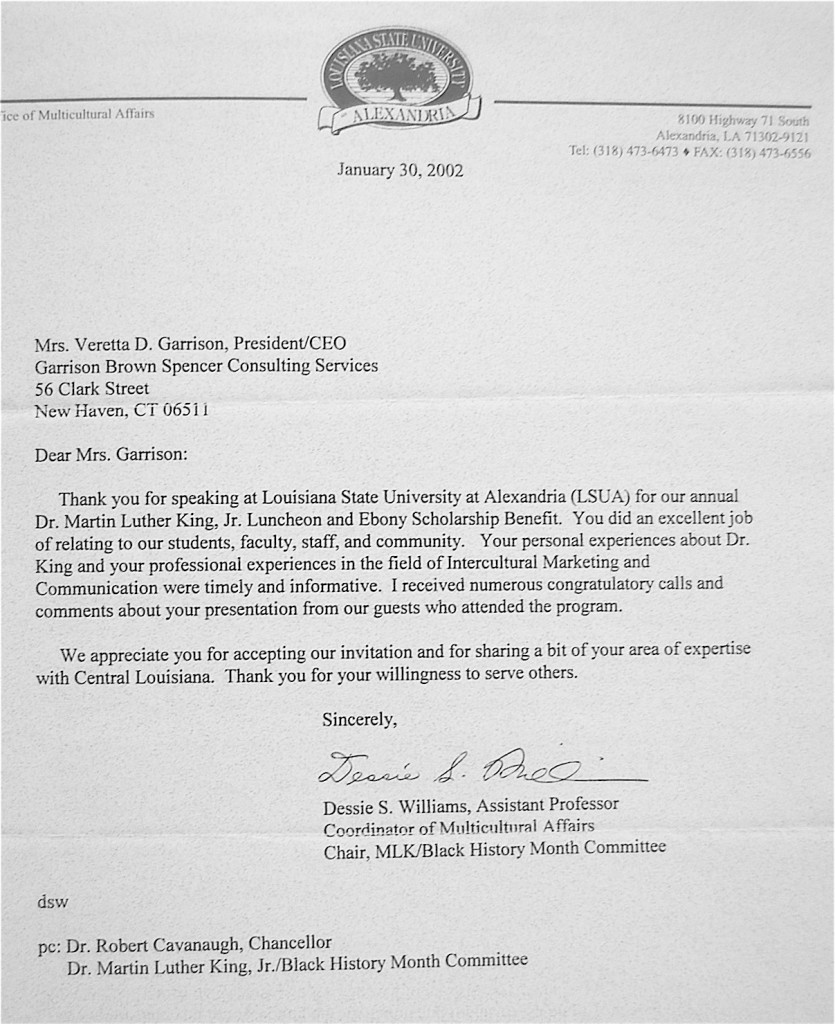 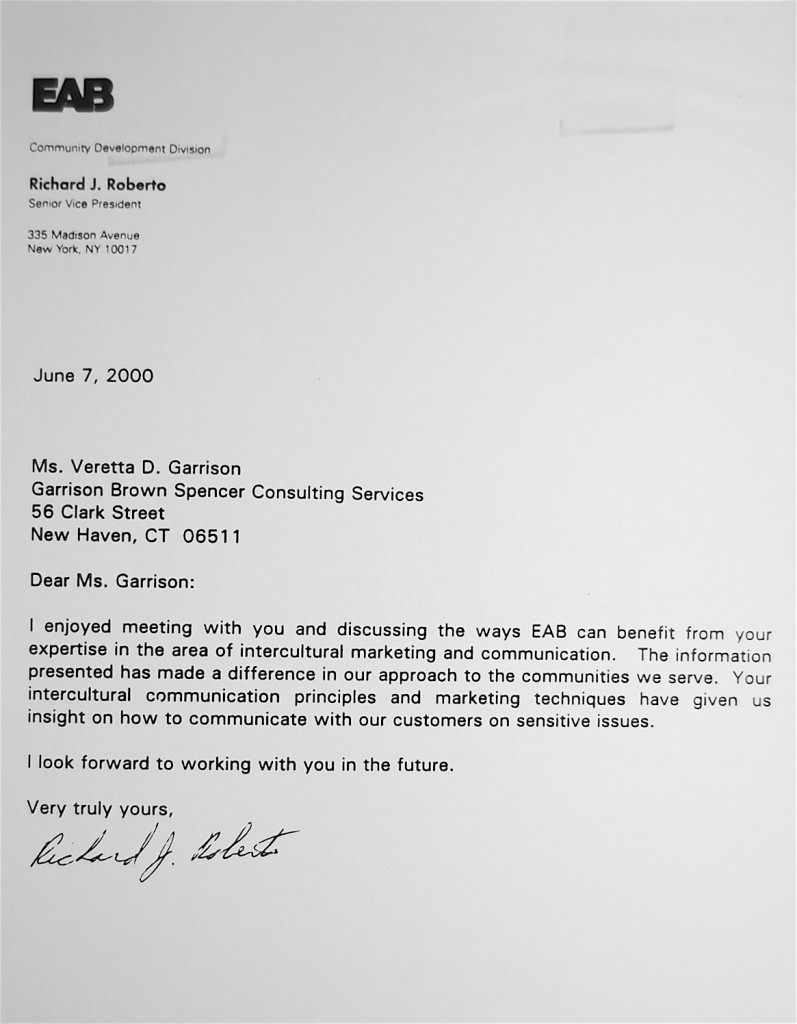 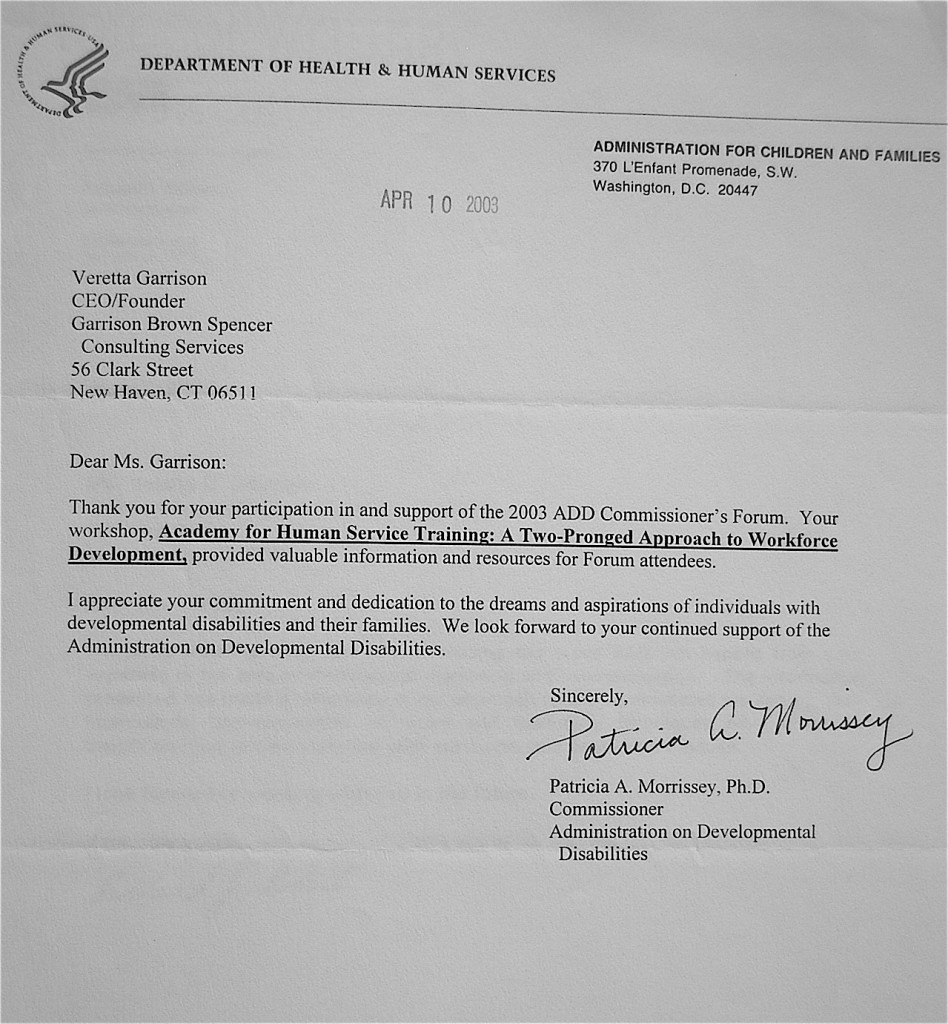 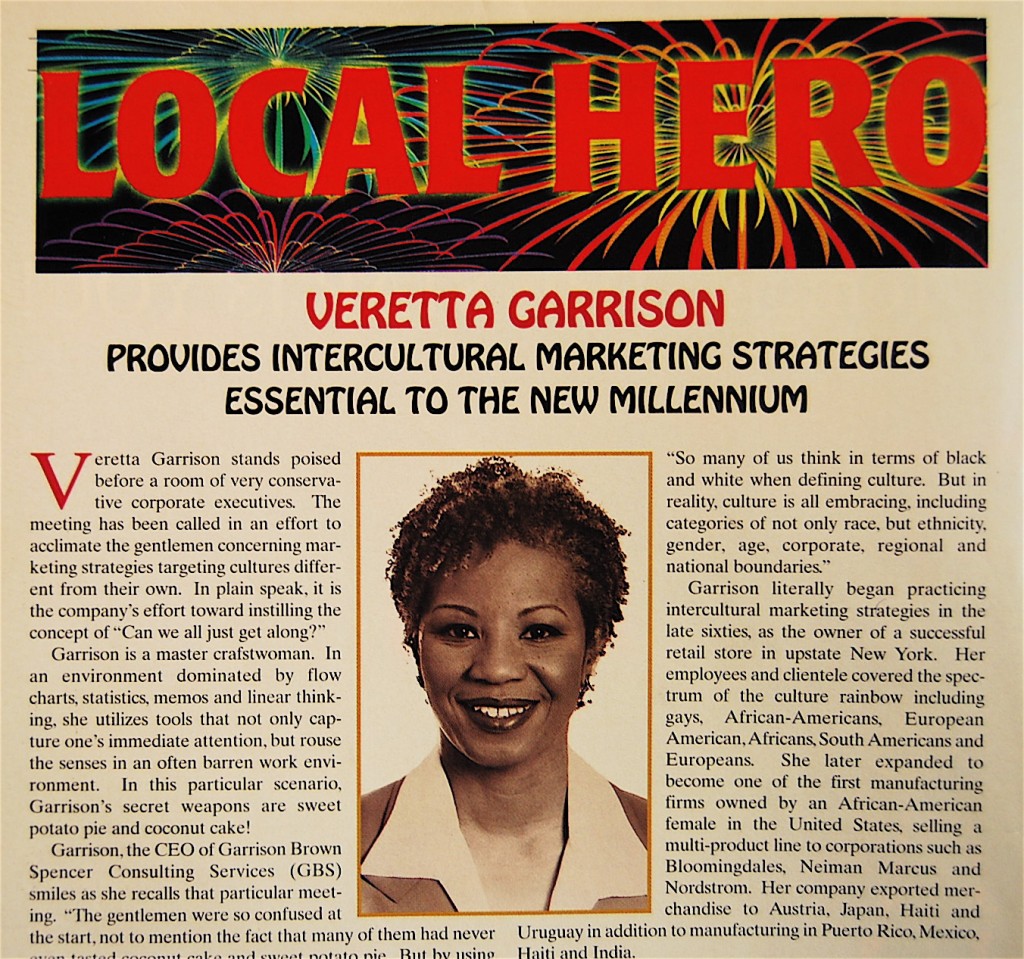 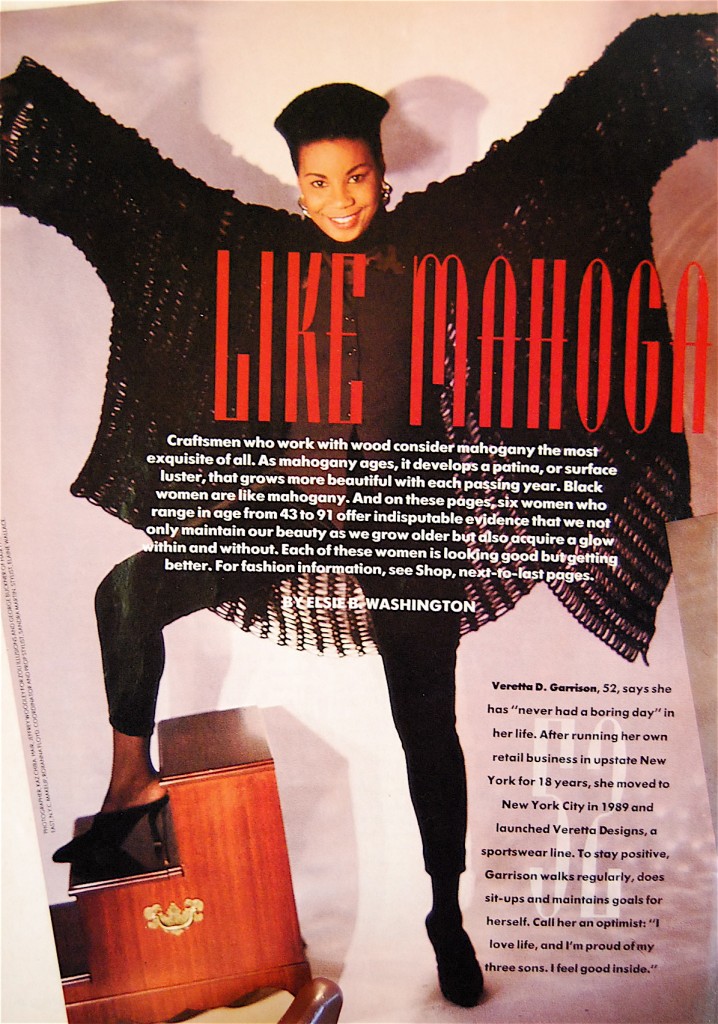 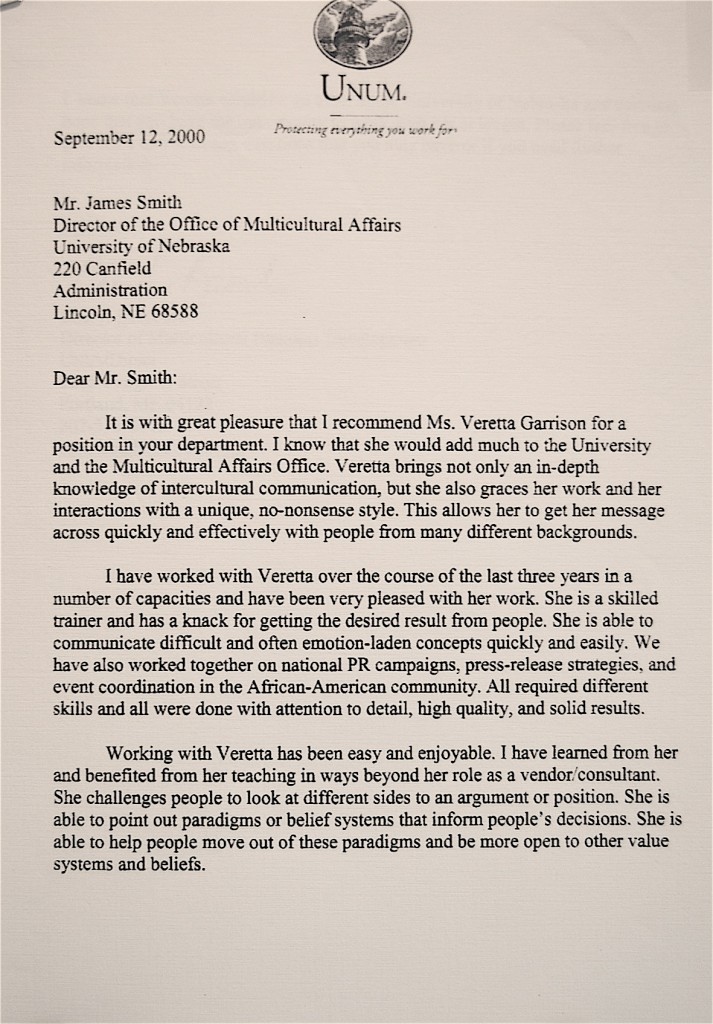 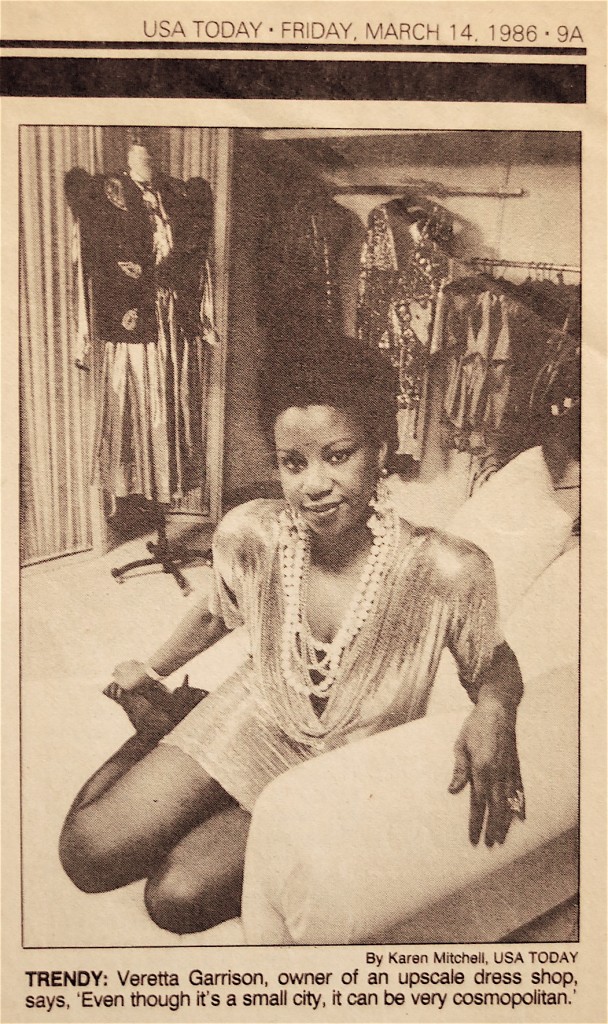 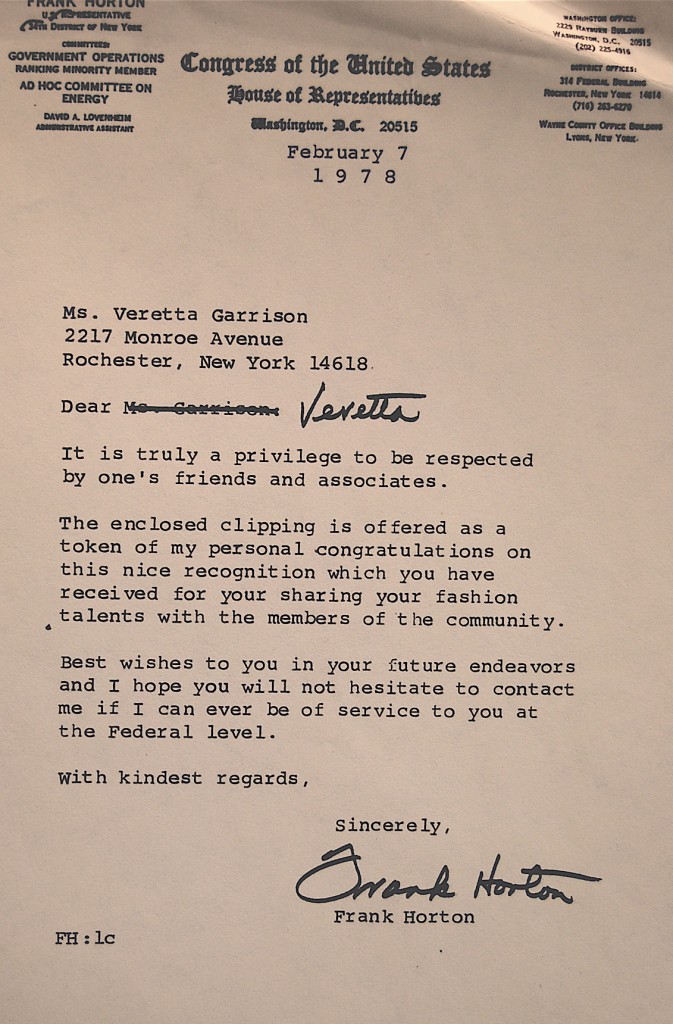 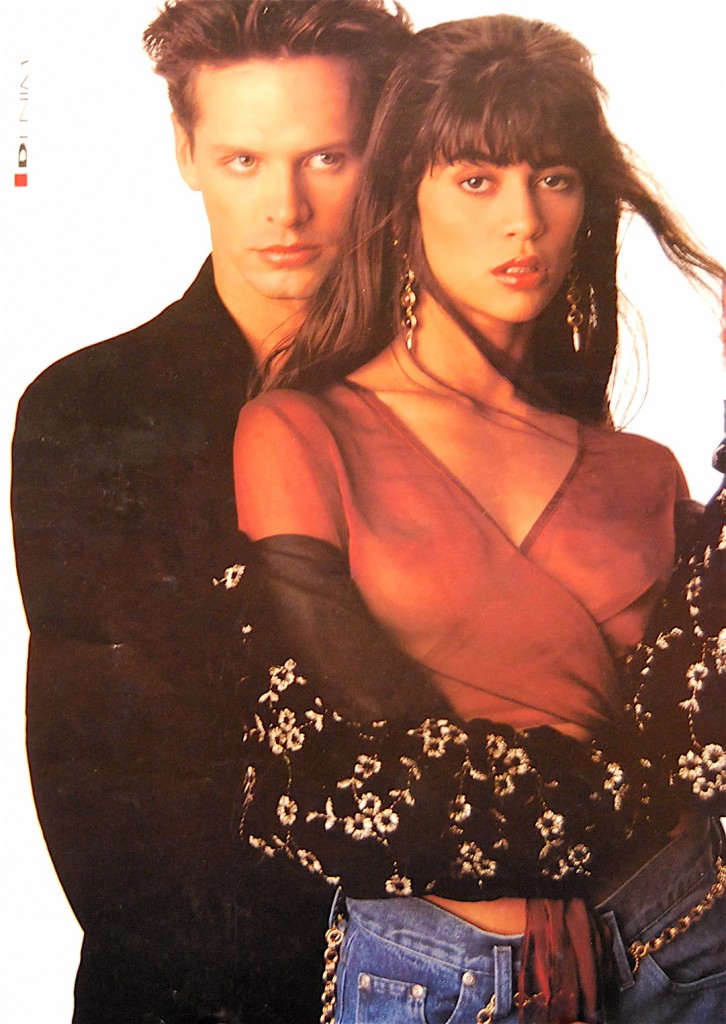 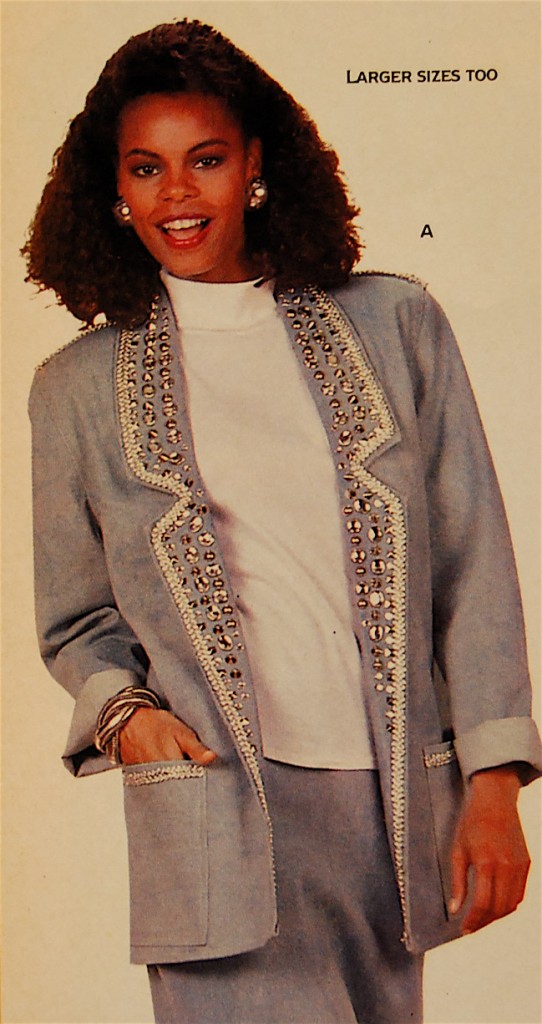 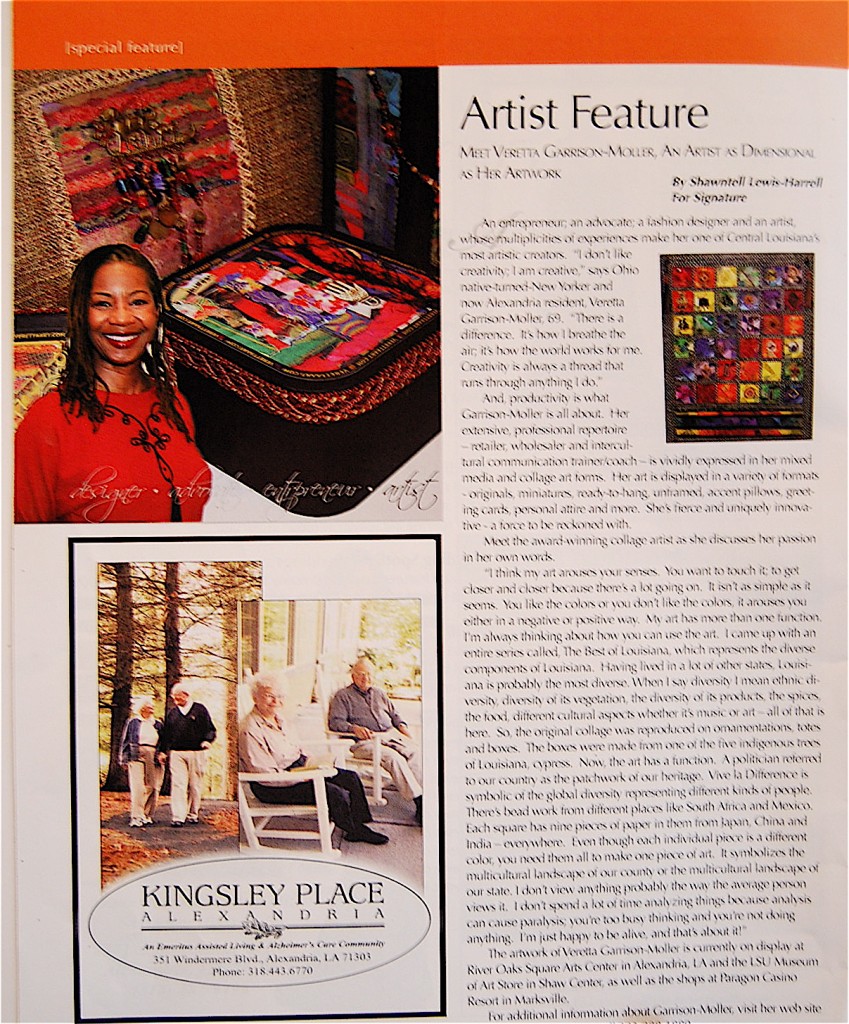 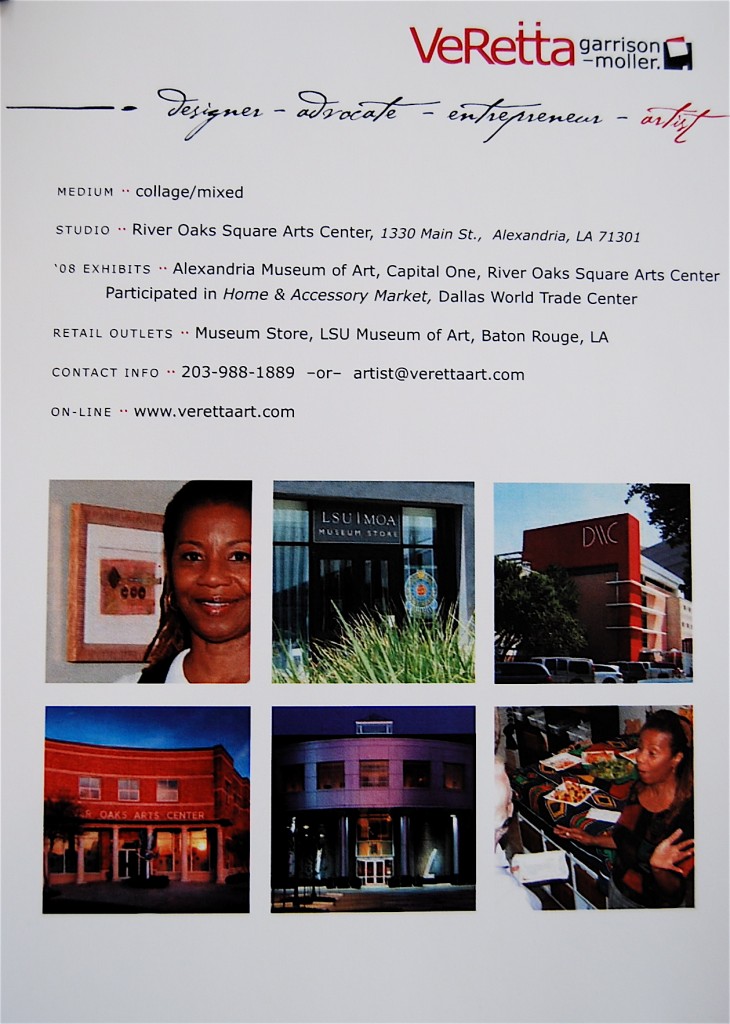 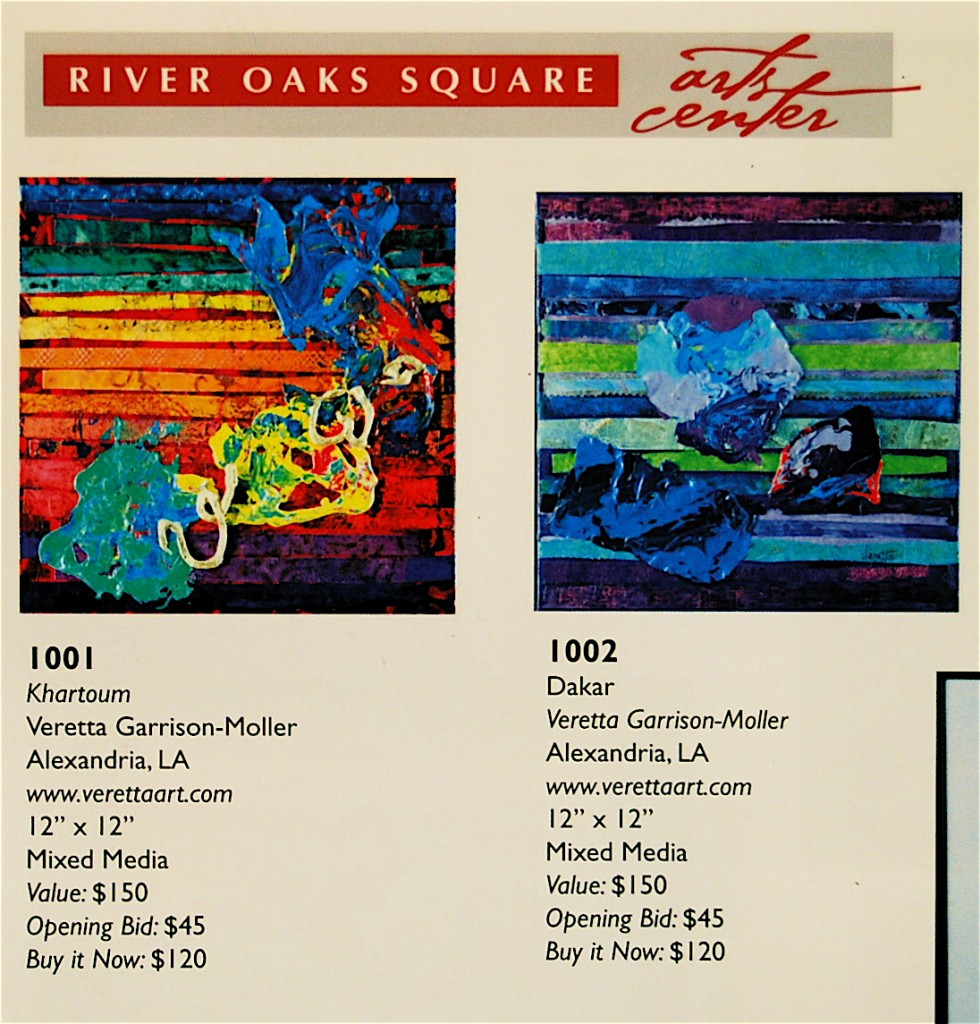 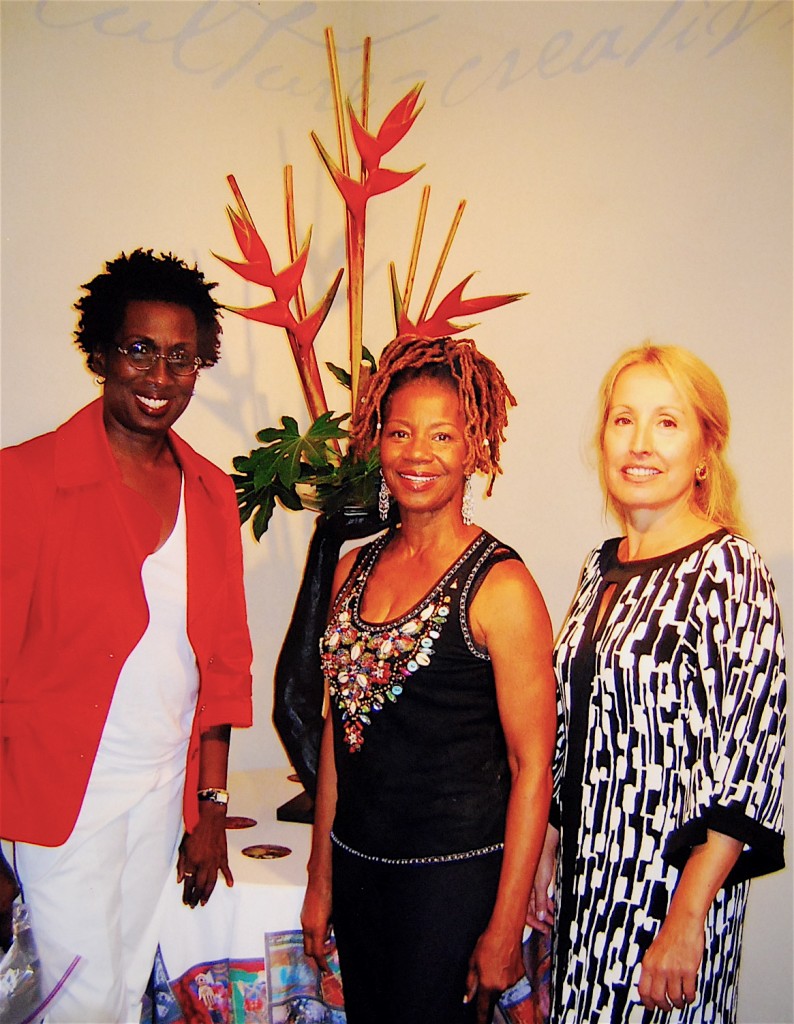 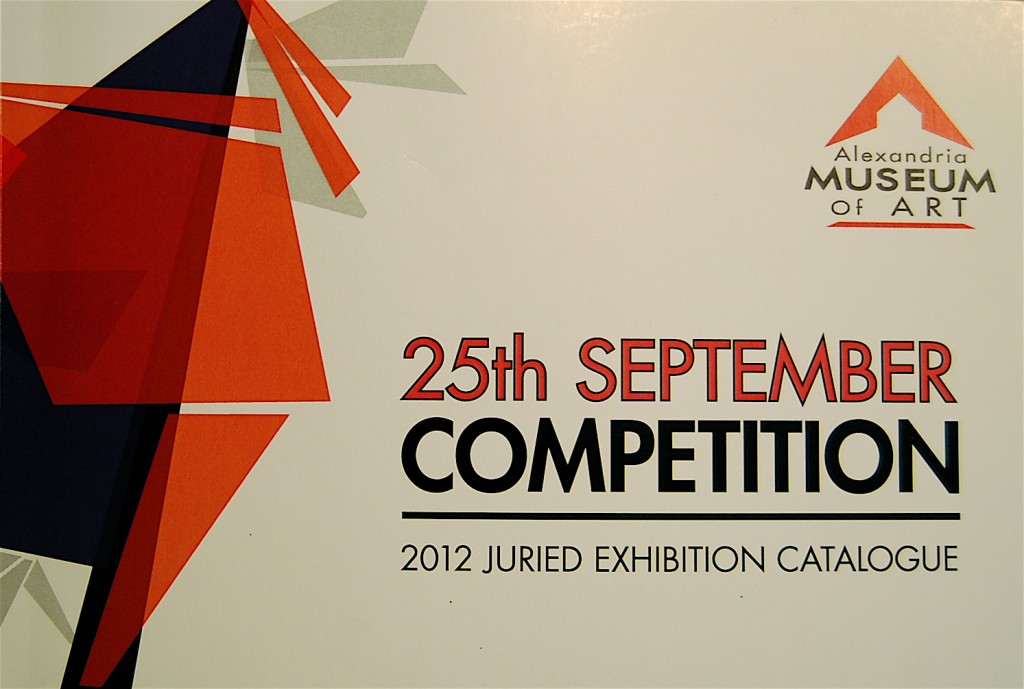 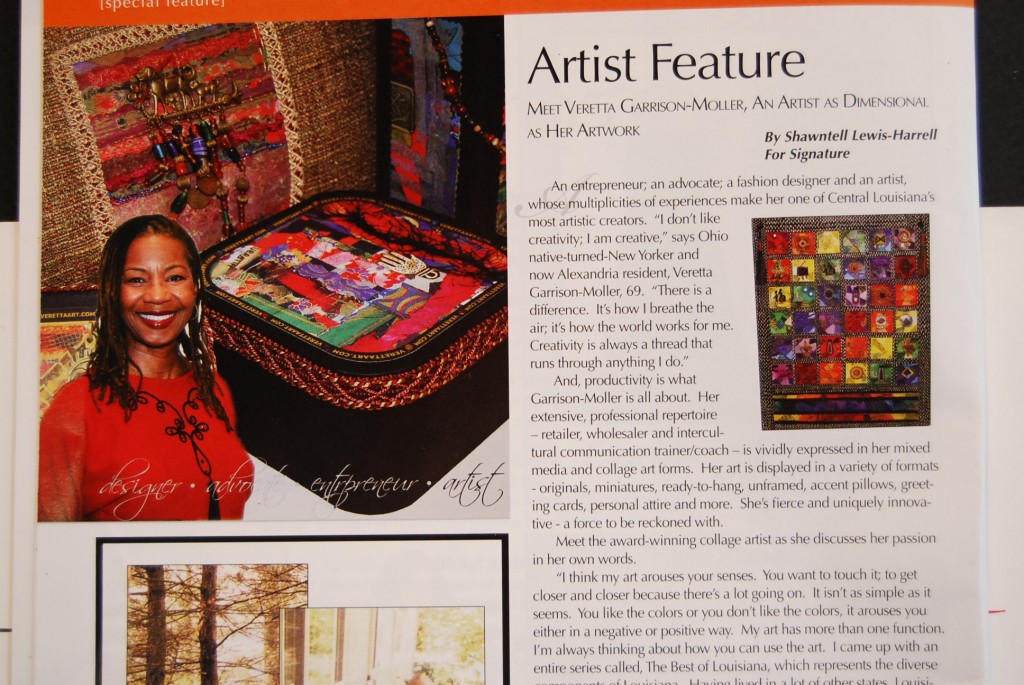